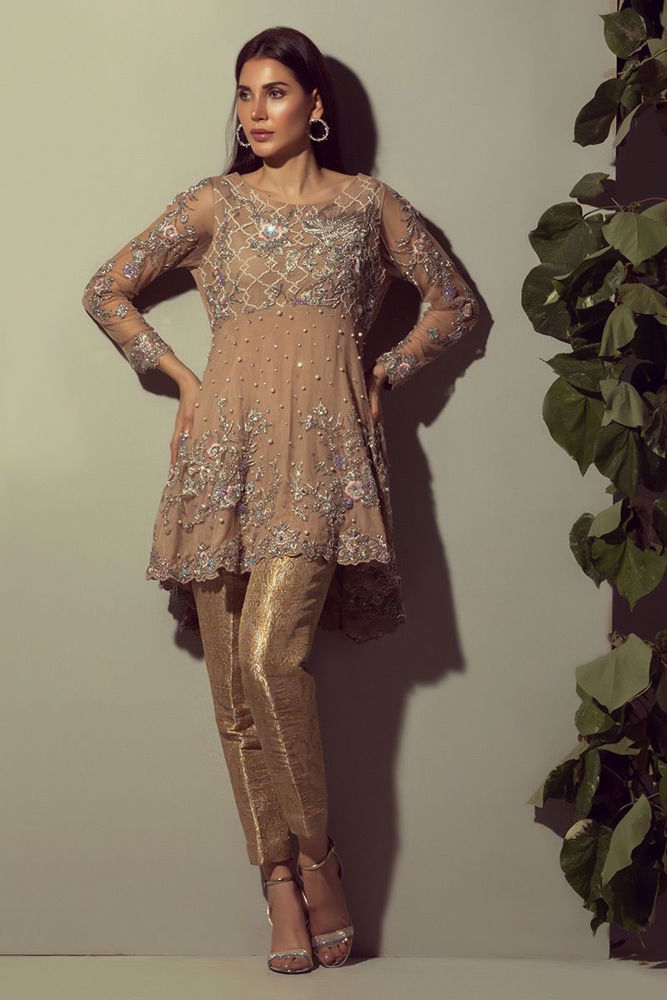 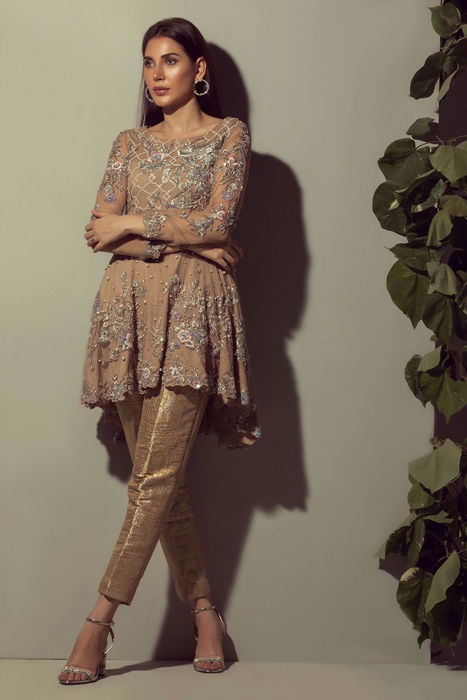 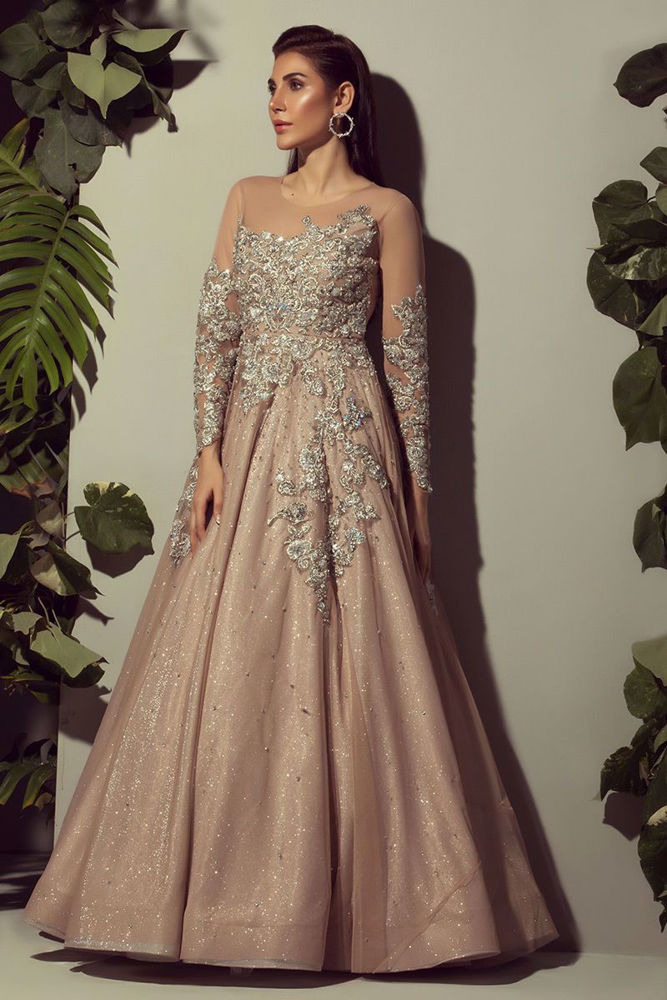 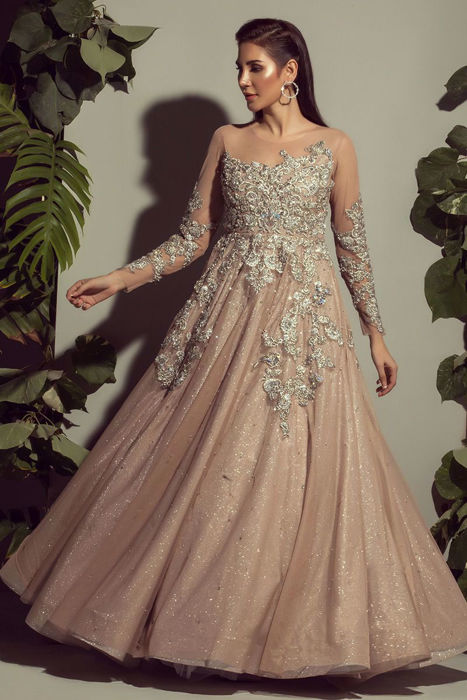 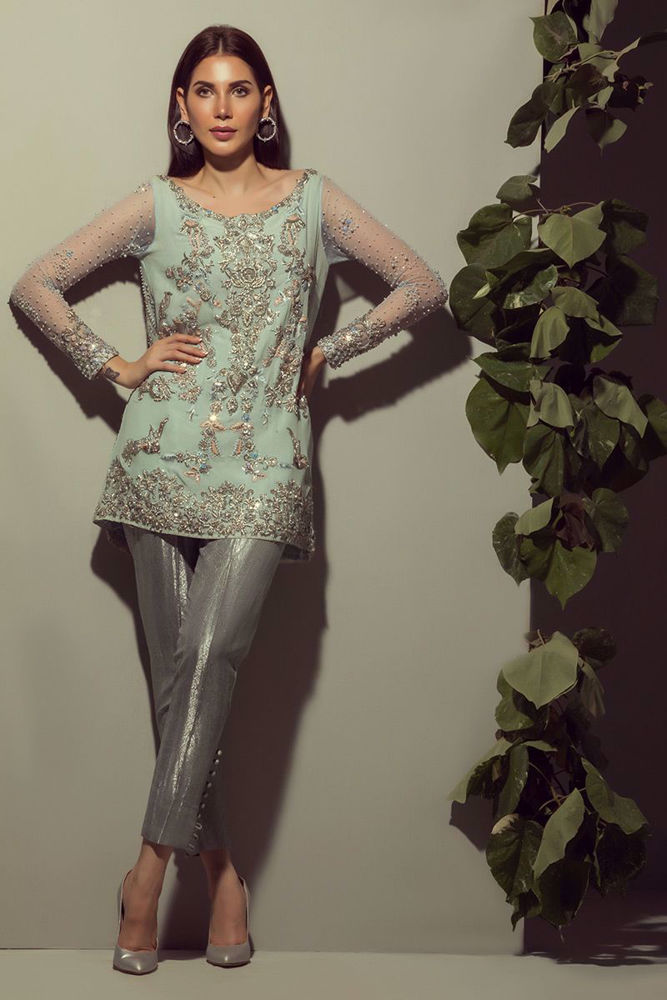 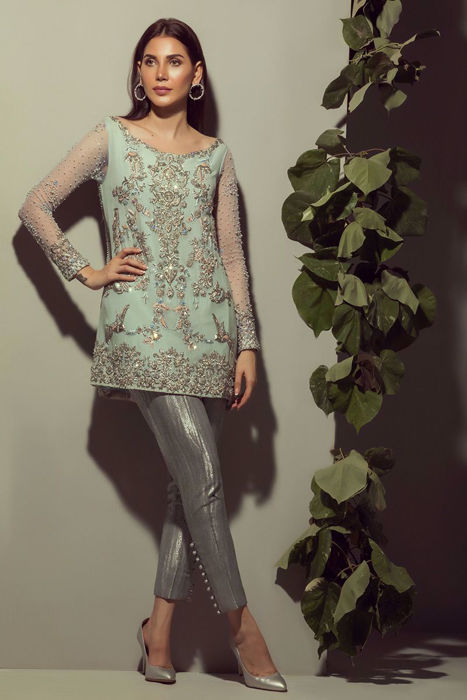 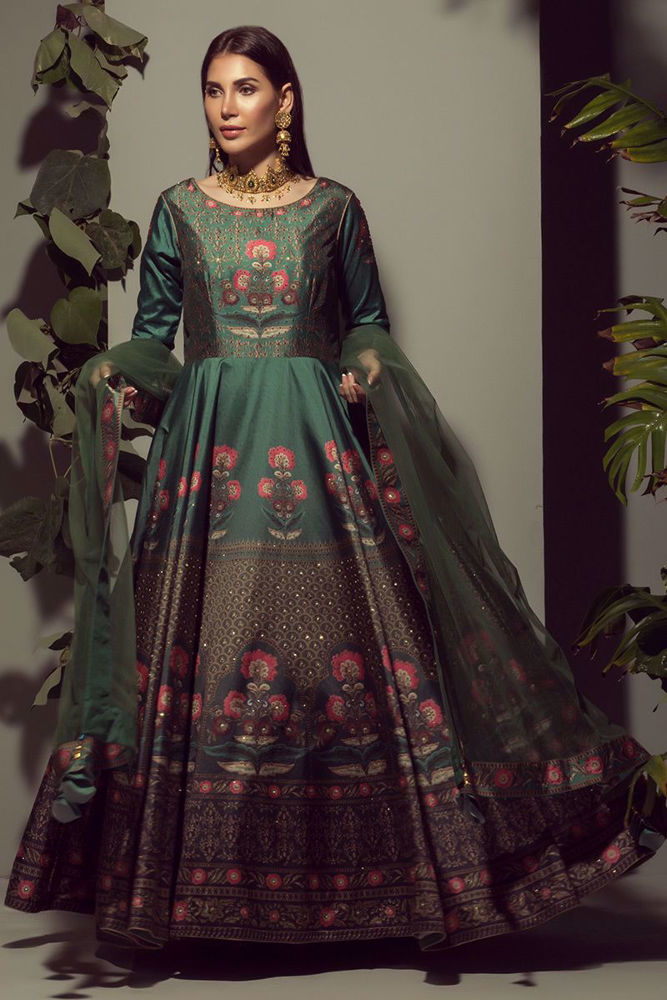 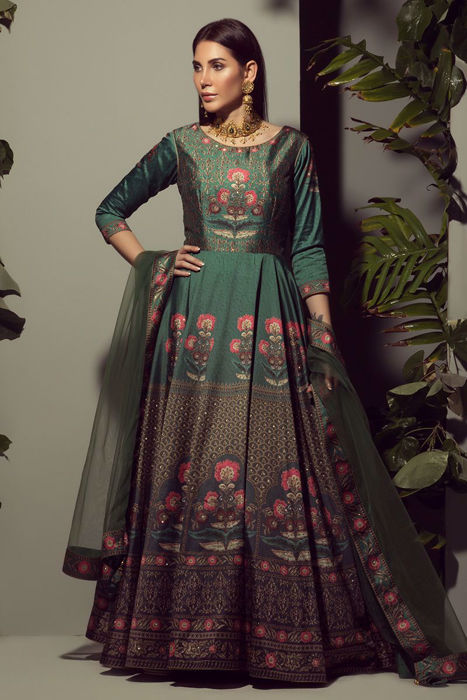 This beautiful digital printed silk gown embellished with stone is a perfect pick of summer and winter weddings accompanied by a soft net dupatta. 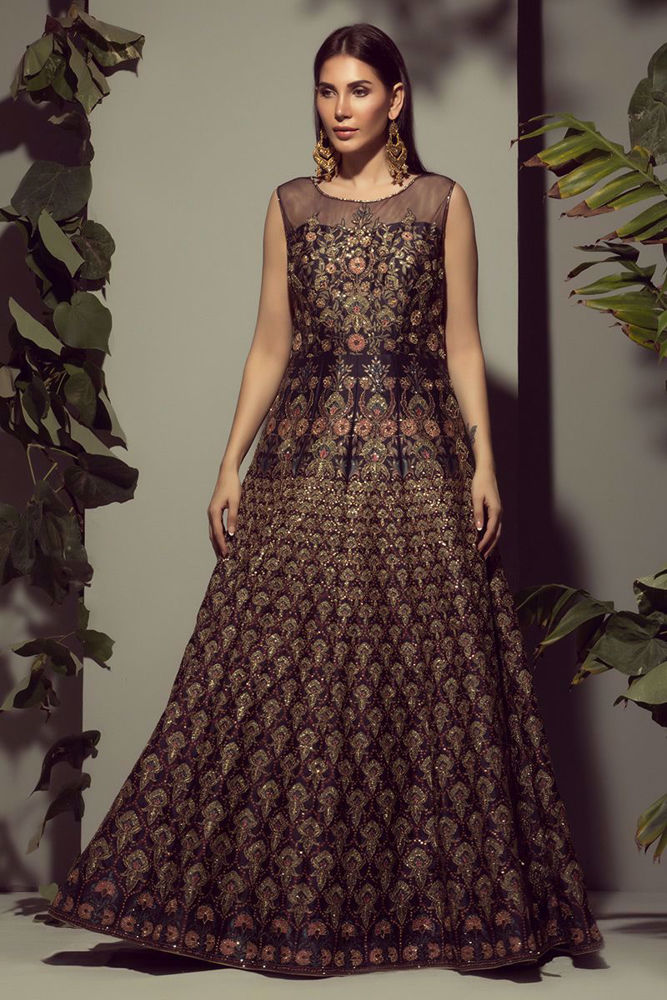 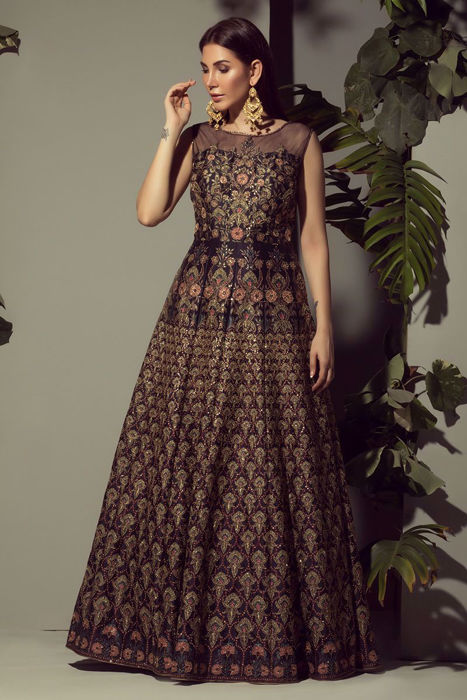 Beautiful digital printed gown heavily embroidered with zari all over and accompanied by a net dupatta. 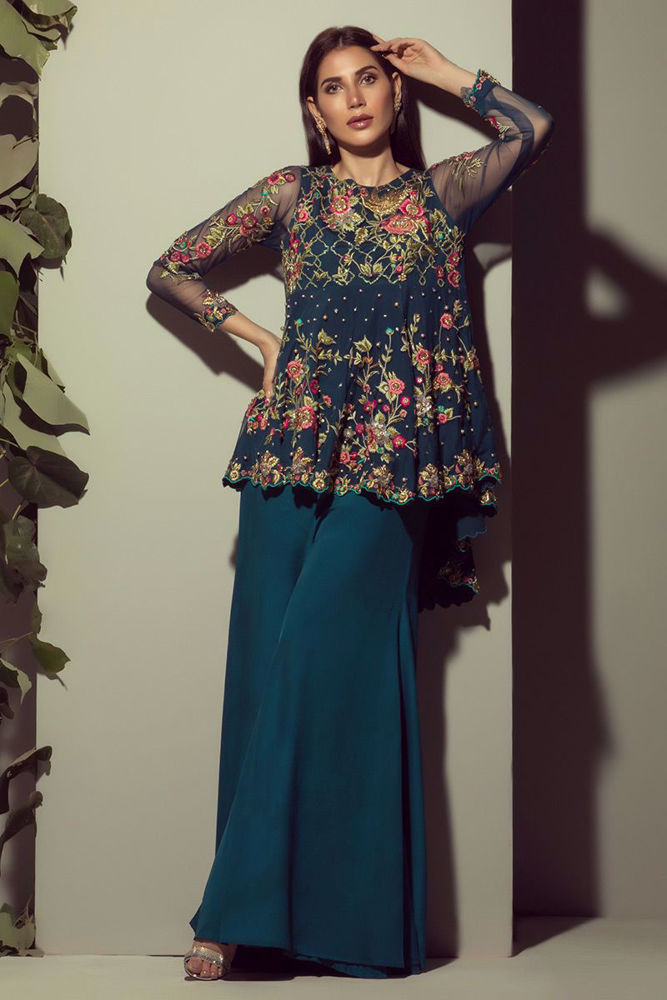 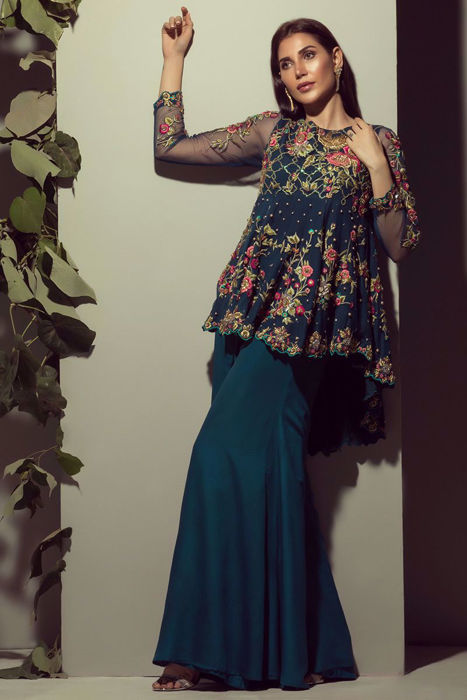 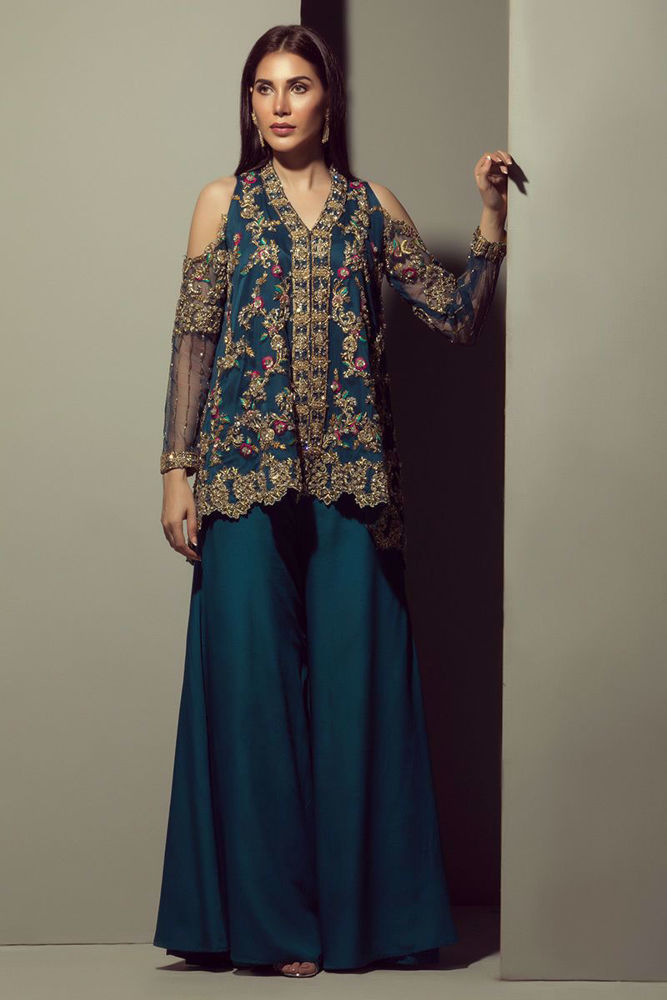 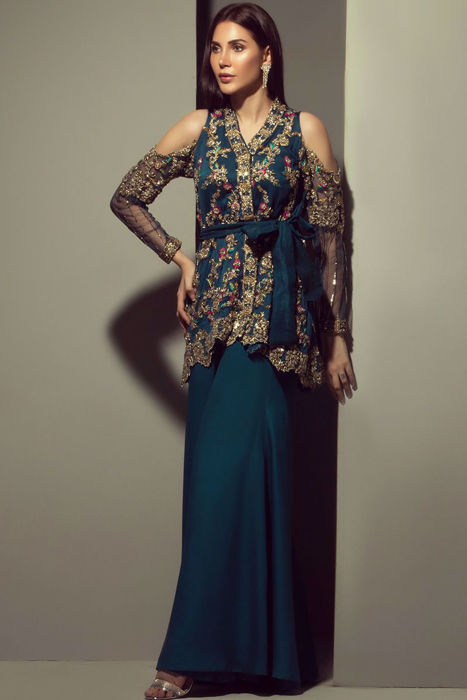 Net front open shirt intricately worked with resham, zardozi, stones, sequins, crystals, dabka, diamontes, resham, tila and naqshi. It can be worn with or without organza belt. Accompanied by a silk dhaka pajama. 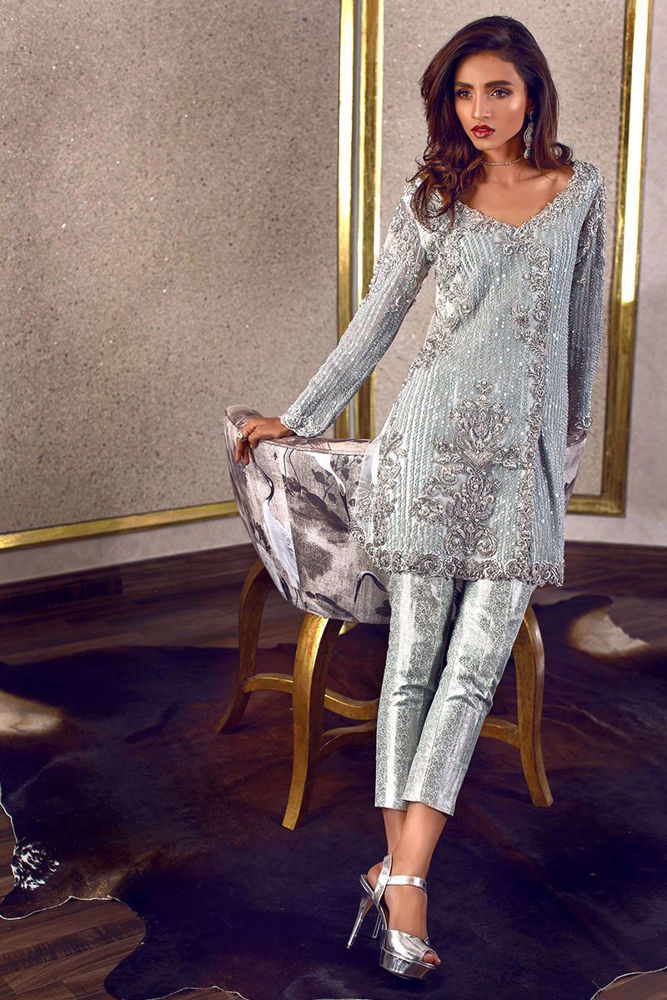 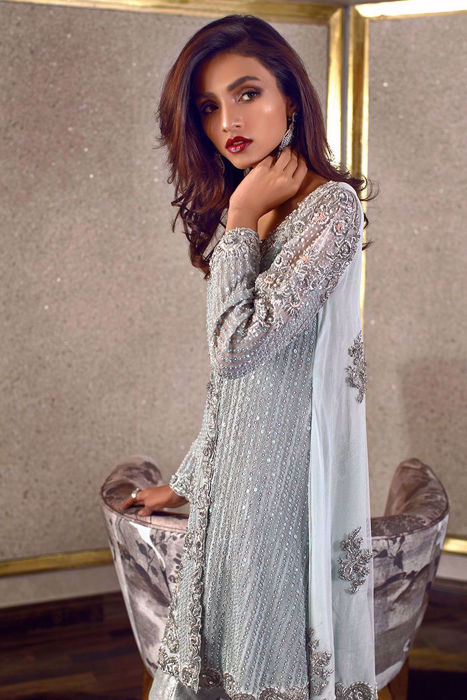 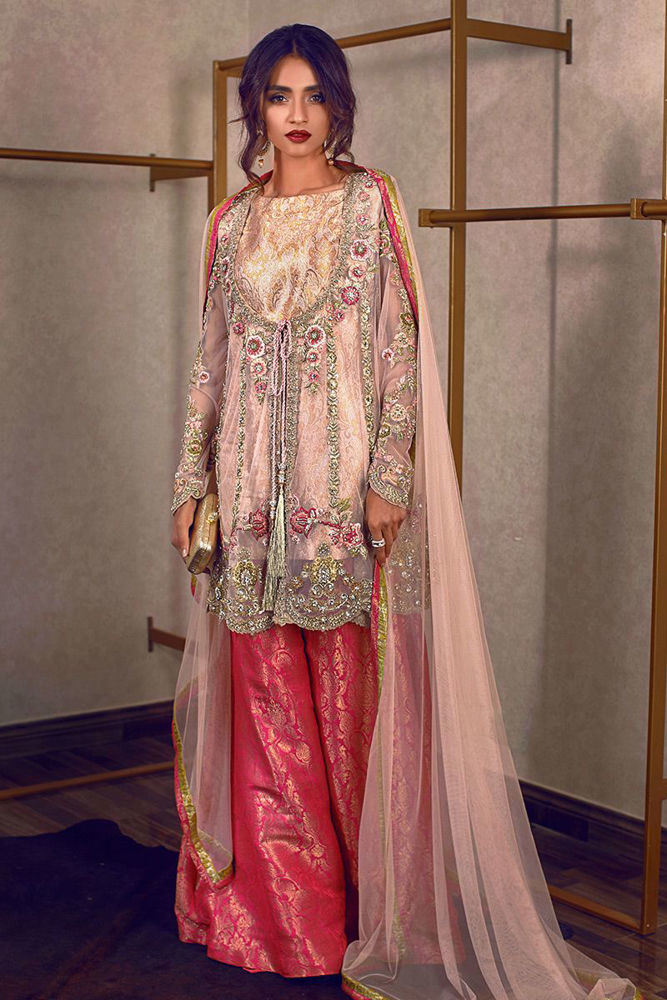 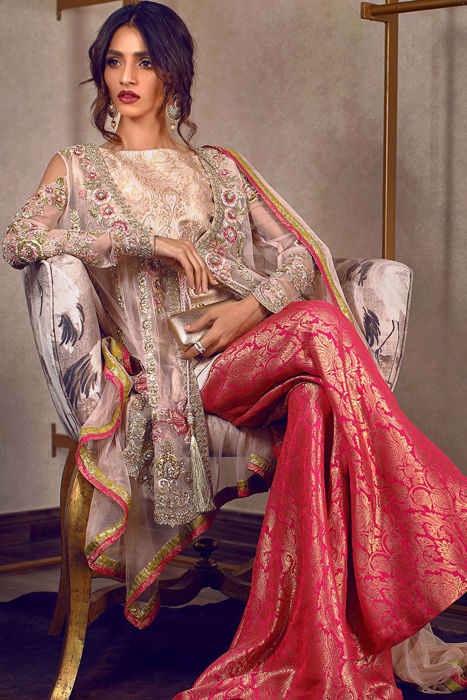 Pinkish peach net peplum comprises of banarsi gold dabka, naqshi and kasab giving off a traditional look. Other materials including Swarovski, crystals, stones and sequins have given a modern touch to the peplum. Jamawar fabric has been used to make its inner shirt and dhaka pajama. 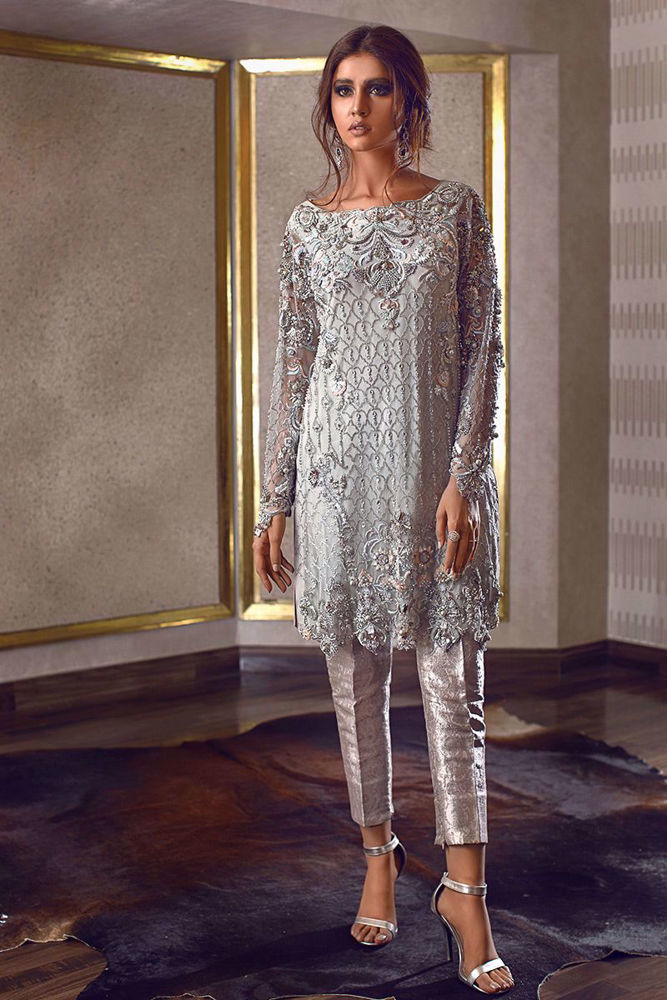 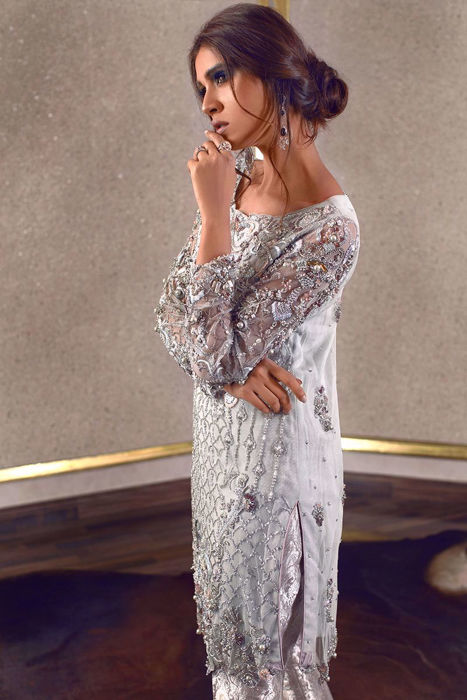 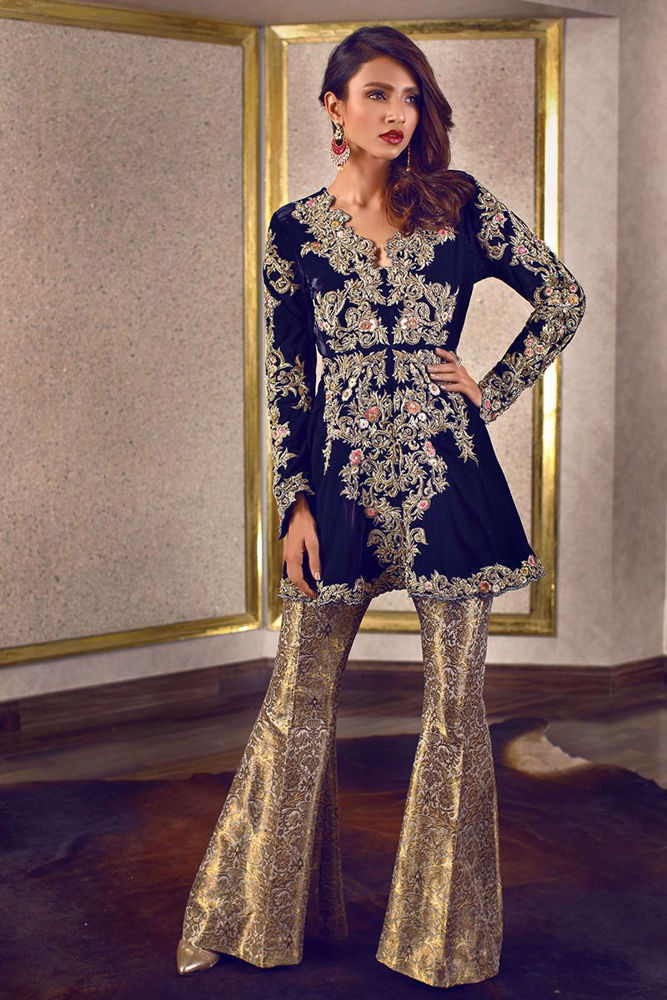 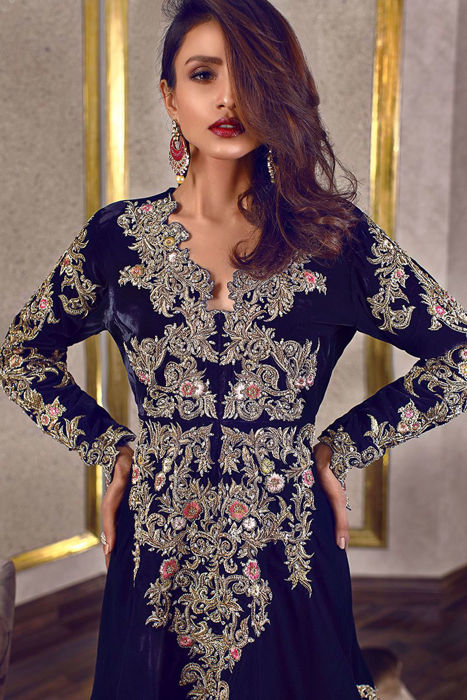 Navy blue velvet peplum is looking absolutely rich with the usage of resham, tilla, dabka, naqshi, beads, crystals stones and sequins. Self banarsi fabric can be used to replace velvet for the shirt. Kamkhaab bootlegs or kamkhaab pants (both options shown in images). 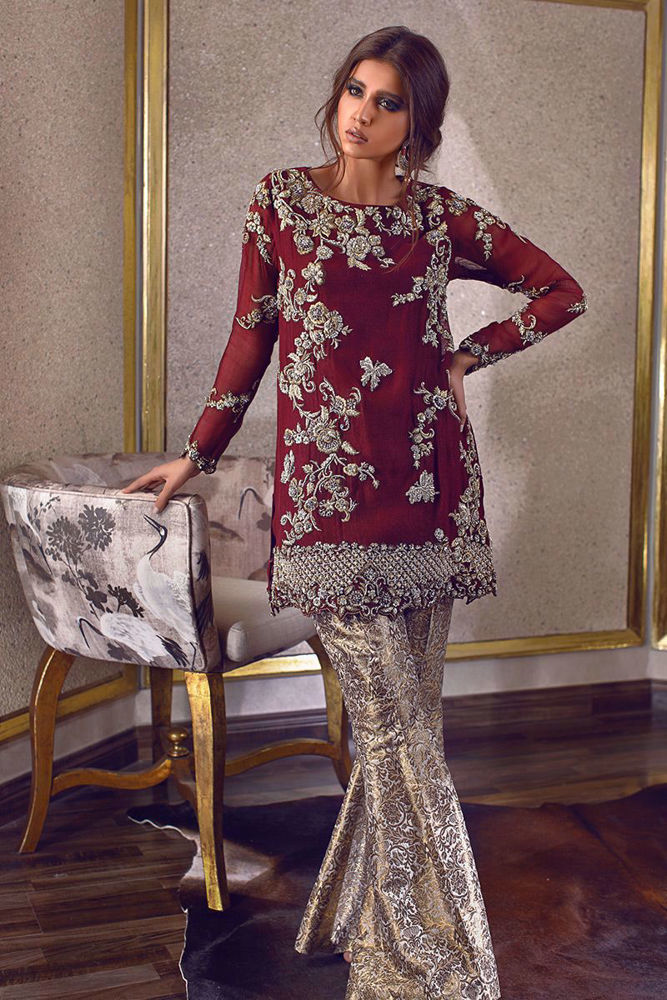 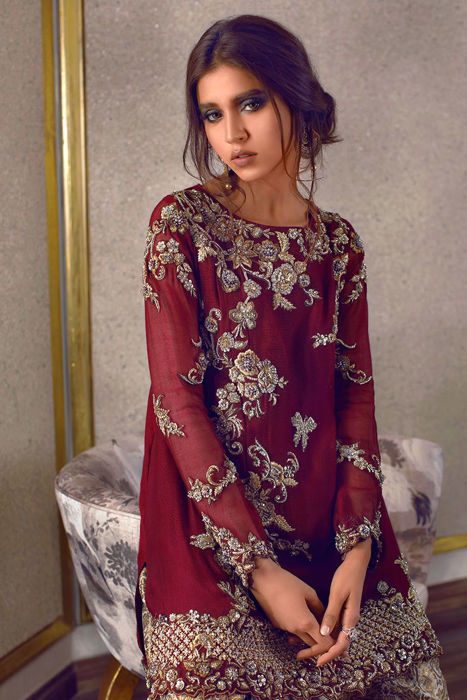 A stunning plum shirt completed on khaadi fabric is intricately worked with antique and gold zari embroidery, dabka, crystals, sequins and Swarovski. Kamkhaab bootleg pants have been added to enhance its beauty.